Why Jesus Wants To Have Breakfast With You 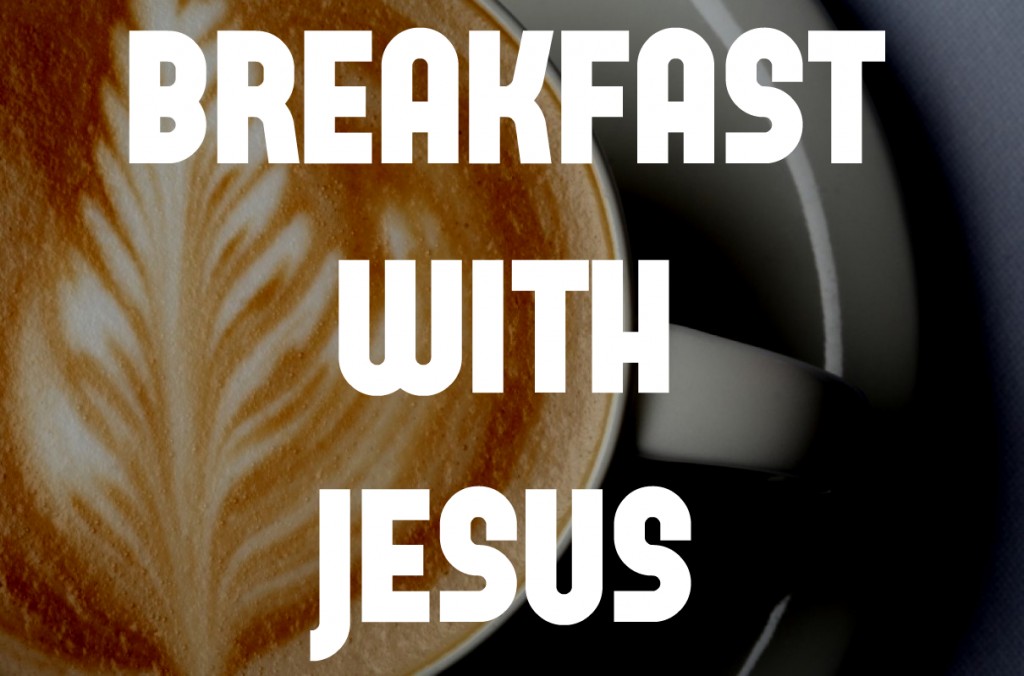 Over the years, I have grown to love mornings. There is just something amazing about quiet and solitude, that characterizes each morning. Before the world awakes. It is a time where you can be still and know that Jesus is God. Few things can compare to just simply waking up, making some fresh pour-over, french roast coffee, pouring it into your favorite mug, opening your Bible and starting a conversation with Jesus. I truly believe that Jesus wants to have breakfast with you and I. Here is why:

Shortly after Jesus died on the cross for the sins of humanity, He came back to life, because He authored life. He kept appearing to multiple groups of people.

Finally, He went to meet up with Peter, Thomas, Nathanael and the thunder brothers (James and John).

This was the first time after His death, that Jesus was appearing to His disciples.

There could have been so many different ways that Jesus could have spent this time with the friends that abandoned Him, not too long ago.

So what does Jesus choose to do?

He invites them to have breakfast with him.

After they have been fishing all night long without any success, Jesus shows up at the most opportune moment. “Cast the net on the right side of the boat, and you will find some fish,” Jesus says to the weary and weathered bunch.

Sure enough, the catch was so large that they were not able to haul it in (John 21:6).

This must be Jesus, they thought to themselves. John first verbalizes it. In true leadership fashion, Peter follows up with throwing himself into the sea. What other reaction do you expect upon seeing your Lord alive, after the crucifixion?

After everyone reached the shore, Jesus addresses the rogue radicals:

Here are four things that I learned from Jesus, from this early morning breakfast.

1. Jesus does not remind you of your past sin. He could have said to Peter: “How do you feel, now that I came back from the dead? Do you remember how I predicted you would deny me, and you did. What do you have to say for yourself? Jesus pulls none of this non-sense. He just feeds the guy.

And maybe feed them.

Food always gets everyone in a better mood.

2. Jesus authors grace creatively and extends grace, generously. Jesus knew that Peter was a changed man. He knew exactly the hardships he would go through for His names sake in the near future. So, He just fed him some breakfast. Are we quick to point out the faults of other people? Have we become expert archeologists, always ready to go at it with a shovel?

3. Jesus gives you what you need, not necessarily what you want. Jesus satisfies the felt needs of the tired disciples. They have been fishing all night. Because they did not catch anything, they were most likely not going to be able to sell anything at the market that morning. Since fishing was their livelihood, they basically would not be able to feed their families. Jesus does both. He feeds them, their family and everyone else who calls upon His name.

4. Jesus meets you as you are, but does not want you to stay where you are. He spoke the truth in love to Peter. He predicted how his life would end. He cultivates a culture of service, not performance. John had a different task to do. Peter was not too thrilled about it. He asks Jesus: “Lord, what about this man?” Jesus says to Peter: “what is that to you?”

Jesus loves us not based on our performance for him, but rather our position in him.

We need to quit comparing someones highlight reel, to our behind the scenes footage.

Jesus wants to have breakfast with you. The greatest religious leader who died and lived, wants to share a meal with you. I don’t know about you, but I will accept this invitation without thinking twice about it. Besides the fact that Jesus is the Creator God, He is also a personal God. What I love about Jesus’ personality is that He did not demand that we go and meet Him where He is at, but rather He came and met us where we were at.

God shows His love for us in that while we were sinners, Christ died for us. Jesus saves us not because of anything in us, but because of everything in Him.

Question: Do you have a regular breakfast with Jesus? How has this changed your relationship with Him?