Why We Are So Obsessed With New Might Surprise You 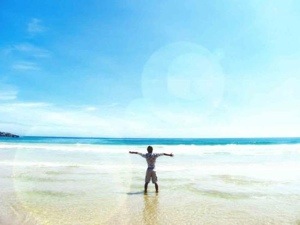 The obsession with “new” is not something brought on by a consumer culture but actually instilled in us by our Creator – because we were made in His image.

He is a creative God that makes all things new. The problem is when we pursue new things that are an end in and of themselves.

Because whatever the “new” and the “novel” that the world can offer to us – is a mere attempt to reflect a distorted image of what “new” actually looks like.

The mere fact that people pursue “new” always is proof that we were created in the image of the One who makes all things new and everything He makes “new” He perpetually calls and deems “good.”

Jesus came to restore and make new that which was tainted by sin. He is a Savior that loves to continuously create new.

Jesus gives a new life, a new identity, a new tranquility, a new purpose and a new relationship.

It is fresh, vibrant, relevant and in the business of making all things new – everyday – for God’s glory and for your newly-found joy.