Five Reasons Why Social Media Is The New Authority 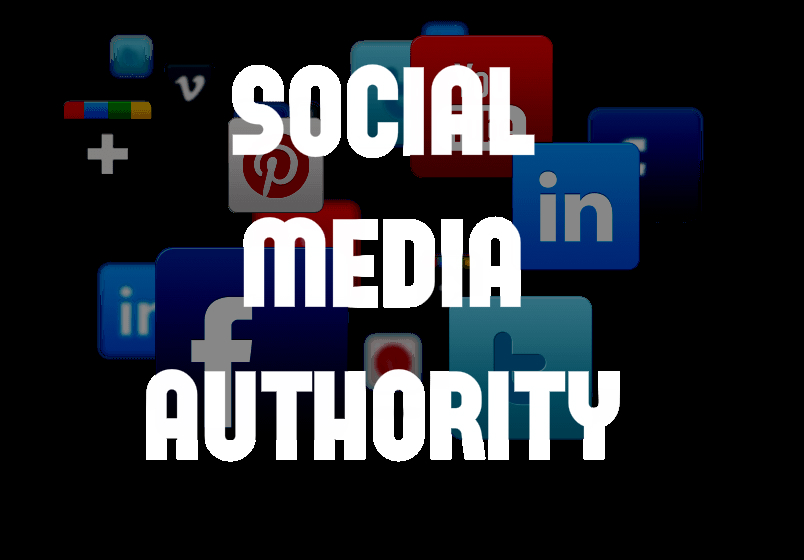 History has never seen an age like ours. This is because social media has ushered in a new authority. It has radically changed the way we connect, communicate and spread ideas, forever. Social media has also changed the way authority and influence are allocated within our society. There are no longer gate-keepers that can prevent anyone from getting a message out. In the new authority order of social media, influence is fostered from connectivity, not control. It is no longer about how much you know but rather how generous you are with that knowledge.

There is now more resources at our disposal than every before. We are connected with everyone in the entire world. We have gone from being part of a local city to being a part of a global village – replete with tribe leaders. In the history of humanity, we have never been more connected than today. At the same time, we have never had a more desperate need for pure human contact, than today. We are ironically, alone together.

Social media has enabled people to connect with other people – in ways that were not thought possible, before. I personally have met many people exclusively because of social media and blogging. I believe it is a blessing that has been given to us by God – thereby requiring of us to be wise stewards of how we manage it, to the glory of God.

Here are five ways in which social media has created a new authority:

1. Denominational To Tribal. The focus has shifted from titles to tribes. This has been the case all along – social media was just able to harness this reality and make it a commodity – available to anyone. Which makes it both a phenomenal reality and a great responsibility. Before, people gathered around one particular charismatic personality. That person was able to keep a tight control on things that were going on within an organization. Social media has usurped from denominations the influence they once possessed. Because control is no longer delegated to one particular committee or organization.

2. Authority Is Influential, Not Positional. Before, people demanded to be heard because of a position they held. Today, people listen to those who have something to say, not just those who want to say something. If you want to influence this generation, you need to develop a relationship with them. Leaders who do not harness the power of social media are adhering to the old authority order. The problem is not that the youth of today have no respect for those who have gone before them. The problem is when those who have gone before them forget where they have been and that they too – at one point – were full of questions and doubt and anxiety about the future. Someone needs to take time and answer those pressing questions. If a live human being will not, young people will seek out a tribal leader in the social media sphere – which is actually a great thing – at least someone wants to take the time to answer their question and address their concern.

3. Gatekeepers Are Gone. Before, if you had an opinion – you were told to keep it to yourself until asked to share it. What if that idea was earth-tilting. Imagine having to hold it in for twenty plus years, just because someone did not sign a permission slip for you to speak. Today, more than ever before – people are not afraid to share their ideas in hopes of helping someone else. Sure, there can be a lot of noise out there. But when you tune to the right frequency, you get fresh content and consistency.

4. Podcast Pastors. If young people are not getting properly fed at their local church, there are plenty of podcasts that are immediately available to them. Ask the youth of today who their favorite pastor is, and they will most likely show you their iPhone replete with the best speakers in the entire Christendom. This is actually pretty awesome. Except if that is the only way that you are currently being pastored. Sitting under the you-tube pulpit is not a sustainable diet of gospel-centeredness. It cannot teach you virtually what only a real community can, physically. The new authority order of social media is displacing the influence of local pastors who are not willing to engage with the people in their congregation – in a relevant way – speaking to them in a language they understand. Here is what one prominent pastor and blogger said regarding the digital generation:

“If the leader is not leading in the digital world, his leadership is, by definition, limited to those who also ignore or neglect that world. That population is shrinking every minute. The clock is ticking.”

5. Excuses Are Not An Option. Before social media, you had to go through a long process before your idea was heard and you were able to share it in front of a small audience. Now, people equipped with a laptop and free wifi are building orphanages in third world countries, providing clean water for those in need and are launching exclusively online businesses from which they are able to support their entire family. I meet many people who say they want to say a lot to this generation but get no opportunity to do so. Well, this might have been true in the old world – but under the new authority order of social media – you can say anything you want to whomever you want – provided that what you are saying is bringing value to the conversation. Starting a blog or getting a social media account takes mere minutes. Your voice is needed because you are you and there is no one like you. God wired you to live in a community (physical and virtual) and help other people. If that means getting out of your comfort zone and using social media for God’s glory, then that is exactly what you should be doing.

The new authority ushered in by social media is exciting, progressive and perpetually changing. As a Christian, you are called to be a wise steward of the resources that have been given to you. This includes asking Jesus for wisdom while navigating through this new world of social media. Here are three suggestions for how to do this well:

1. Seek Out Real Life Relationships. No matter how great social media is – you need to cultivate and develop relationships with real life human beings. Yes it will be messier in real life than in the photo-shopped world of Facebook or Instagram. But Jesus does not want you to live in isolation. It does not matter how many online friends you have — a virtual community can complement what you have in real life – not supplement it. Jesus wants us to be plugged in to a local church, doing life with real people and dealing with real problems – to which Jesus is the exclusive answer. Every single week, I have lunch with the guys that I mentor, because I realize how the entire dynamic changes – when we see each other face to face instead of doing face-time.

2. Do A Digital Detox. Detach your iPhone from your palm and give your thumbs a rest. I personally did this for about a week. Will write about that experience in a future post. When you are speaking with someone, look at them. I know, this is a difficult concept to grasp for some of us – and I have been guilty of this. When you are around other people, give them your undivided attention. Social Media will still be there once you have had that quality conversation with another person. Choose an evening where you will entirely disconnect. Let me know what happened and if you survived.

3. Jesus Is The Ultimate Authority. Everything that happens in our generation and the next is entirely orchestrated by Jesus. It is our job to image Jesus in everything that we do. Are we being faithful, digital ambassadors to the masses? Are we gospel-centered in all that we post and tweet? Are we equipped to utilize wisely the common grace extended to us through the social media revolution?

As we cultivate tribes centered around a common purpose and as new tribal leaders emerge, we must always look to see if the message that is being tweeted or posted – coincides with a timeless message – presented to us in the Bible – which is the Word of God, relevant in every age.

Question: How has the new authority order of social media impacted you personally? What pitfalls do you see? What are some great attributes regarding this movement?