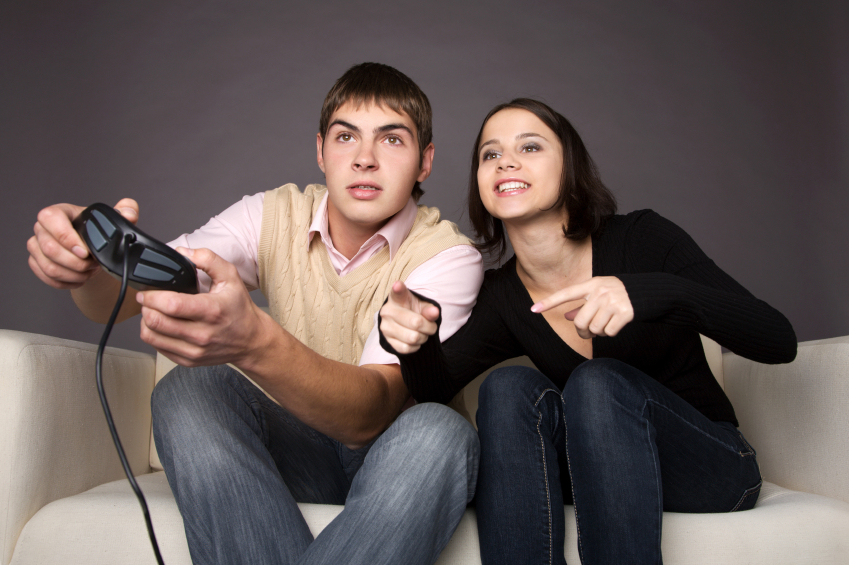 photo from Istock photo via @kirza

This is a guest post written by fellow friend and blogger Brandon Vaara. Connect with him on his blog, Facebook and Twitter. Brandon is one of the most prolific Biblical scholars that I have ever met. I would be hard pressed to find someone else who knows their Bible as well as he does. Whenever he writes a blog post or shares his opinion, I always find much gold in what he says. Here is his guest post  on my blog, entitled: Are Video Games Completely Useless?

Around one week ago my good friend and fellow blogger Bogdan Kipko published an article on his blog entitled “Twenty Things People In Their Twenties Should Stop Doing”. The basic summary of the article is that many people in their 20’s waste the decade away being lazy, focusing on the wrong things, and having little to no intentionality in maneuvering through the decade.  The article was a smash hit, evidenced by the total amount of views (close to 140,000 at the time I am writing this).

Bogdan’s article was met with a wide range of feedback ranging from people who agreed with his every word to those who accused Bogdan of being legalistic.  The article even managed to infiltrate the internet on a deeper level causing atheists to show up in the comment section to leave their two cents.

There was one point in particular that people took issue with, point #1.

“Playing video games is absolutely useless. There is nothing redemptive about it. They do not teach you anything except how to waste time and not do real work. I would strongly suggest you either throw them away or sell them on Craigslist. You will be glad you did.”

While Bogdan is my good friend, I don’t always agree with him, and he certainly does not always agree with me either.  When I read the article, I disagreed with him regarding point #1, and frankly do not believe “playing video games is absolutely useless”.

Here is a short explanation of why:

1. Playing video games can be a relaxing experience.  I realize there is nothing relaxing about smashing the controller to pieces when you’re playing your buddy at Marvel vs. Capcom, however, there are many games that are relaxing and allow a person to get their mind off a long day or work, school, or other tedious commitments.  Playing video games can be a useful experience that expands the imagination.

2. Playing video games can serve as an edifying experience in a person’s life. I really have to slick my hair back and put on my used car salesmen shoes to sell this point, but I have seen convincing testimony from people that proves that playing video games can serve in a spiritually beneficial way.  My personal thought on this is that video games often connects friends and family together and allows them to speak to each other to discuss life.  the latest video game systems – Playstation 4 and Xbox One – integrate social media features which enable people to share their gaming experience with their friends.

3. Playing video games challenges people to solve difficult puzzles, accomplish complicated strategies, and think outside of the box. I used to play a game called Final Fantasy Tactics on the original Playstation.  This game was difficult and extremely fun.  The game required constant planning, strategy, and skill.  While there are games that are mindless (many first person shooters are like that) there are countless games that are challenging, and force the gamer to think.

4. Playing video games can serve an educational role.  Ever seen those US Military commercials?  They encourage the teen and twenty something video gamers to bring their skills on over to potentially do things like flying drones, designing computer programs, running tech stuff on military bases, etc.  On the other end of the spectrum are the countless games created for young children.  My daughter loves her Leap Frog tablet and plays all kinds of educational games.  There are even video games that encourage physical fitness, such as Dance Dance Revolution.

5. There can be a healthy mix of video game play and real world obligations. To be clear, I’m not endorsing hours and hours of video game play every day.  The video gaming I am endorsing is the kind that is done after more important obligations are taken care of.  If you’re married, this means you play after you’ve had dinner with your wife and put the kids to bed.  If you’re a student, play after you’ve studied and got your work done.  If you’re employed, this means not staying up until 4 in the morning and reporting to work half asleep at 8 AM.  The scriptures certainly do warn the Christian to be conscious of their (short) time (Ephesians 5:15-17), however, if you are aware of this and don’t waste your life away staring at a television screen and get things done,  there is nothing wrong with enjoying video games, or for that matter, social media, reading books, playing sports, going to the gym, etc.

6. It is easy to dismiss an activity or hobby that you don’t care about as being a big “a waste of time”.  All Seahawks season I heard people say “the Seahawks are a big waste of time”.  Or in the religious circles “People worship the Seahawks and are idolatrous”.  Usually these anti-Seahawk people don’t know anything about football and frankly don’t care for it.  The same can be said about anything really, people who don’t like it or don’t understand something can easily dismiss it as being a “waste of time”.  Just because you don’t enjoy something doesn’t mean there is something wrong with another person who does enjoy it.

Ultimately you are in control of your actions and your household.

You get to decide whether or not video games have a place in your daily routine.  Whatever your opinion may be on Bogdan’s list (video games specifically) remember this:“I have the right to do anything,” you say—but not everything is beneficial. “I have the right to do anything”—but not everything is constructive” 1 Cor 10:23.  While the Christian certainly has the freedom to play video games, it can certainly become an absolutely useless part of your life if you allow it to master you.

The Apostle writes a few verses later “So whether you eat or drink or whatever you do, do it all for the glory of God”.  Now that is something Bogdan and I agree on completely. As for my personal opinion of Bogdan and his content, check out THIS POST.  I thought his article was really good and think it’s amazing that he was able to get atheists to show up on his Christian website!

Question: Do you agree or disagree? Brandon promised to join and jump into the discussion and offer his point of view. What would you comment on this topic?