Why A Garden Is Integral To Our Salvation 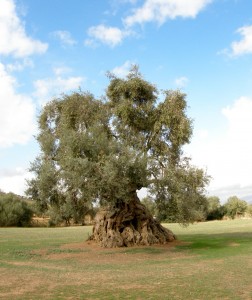 The epic conquest for the lives of human beings did not begin at Golgotha but in Gethsemane. It is in this garden, the bloody battle for our life was begun and completed by our sinless Savior, Jesus Christ.

Today, I would like to point out reason one of why what happened in a garden is integral to our salvation.

1. Jesus experienced sorrow so that we could experience salvation. In the garden, Jesus underwent a sorrow which almost led him to an early death. He says to his disciples: “My soul is very sorrowful, even to death“(Matt. 26:38). Jesus not only experienced sorrow but was overcome by it and saturated in it. He was not filled with grief because of the impending physical brutality. He experienced pains of death because in a short while, for our sake, he who was without sin, would become sin so that we would be granted a way of salvation (2 Cor. 5:21). He saw the wrath of God with his own eyes and realized the horror that he was about to face, in our place, for our sin.

Question: How can we learn from Jesus and react rightly when we experience a tumultuous time in our life?