Ten Things You Should Not Expect When Visiting Europe 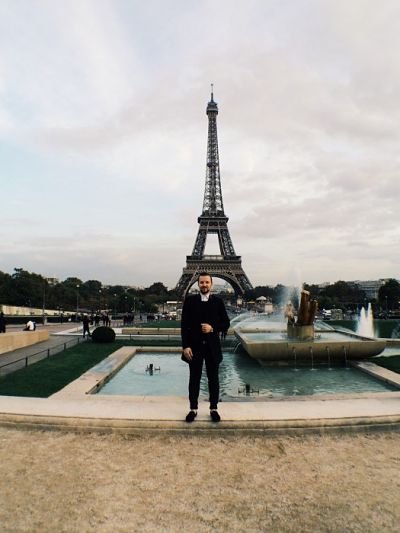 After ten airports, ten flights, two trains, twenty-five Ubers and about one hundred miles of walking, we are back in the best country in the world.  It was super fun to get out of our comfort zone and visit countries where most people speak zero English. Let me say right at the beginning that visiting Europe was an amazing experience.

The food was delicious, the sight-seeing was breathtaking and the shopping is unrivaled to anything else in the world. We loved having incredible espresso in the middle of a busy shopping district in Paris. Having heavenly pastries at LaDuree on Avenue des Champs-Élysées was delightful. Being with my beautiful wife at the Eiffel Tower during the time it lights up at night was uberly romantic. Afternoon tea with the Queen in London was unforgettable. Getting a straight razor shave at a Ted Baker was very manly and London-esque. Traveling via the English Channel from London to Paris at 180mph while sipping on a latte was very relaxing. Being whisked away via private Uber chauffeur from train stations and airports while hundreds waited in line for taxis was marvelous.

Here are ten things you should not expect when visiting Europe. And when I say Europe, I mean mostly France:

1. Good Service. No one goes to Europe to experience excellent service. This is what the United States is for. The moment people find out that you don’t speak French is the moment rampant condescension and looks of scorn ensue. There are exceptions to this and bad service didn’t happen every time we went out to eat. I think one of the reasons for this is that tips are included in the price so the servers don’t really have to try hard to do a good job since they won’t get paid any differently.

2. Air Conditioning. I don’t know what it is about Europeans and their dislike of Air Conditioning. Even when shopping on the Avenue des Champs-Élysées in Paris, most stores felt like the AC was broken. The cold beverages in most Cafes, well, they were pretty warm. We used Uber exclusively for getting around the cities and none of the drivers had their AC on either.

3. Bad Food. The food in Europe is absolutely amazing. Everything tastes super fresh and home-made. You cannot go wrong with the food. Every cafe and every restaurant has incredibly good tasting food. This is why you sort of don’t mind the bad service because the food is like nothing you have ever tasted in the States. So don’t expect to have bad food when you go to Europe. They get this right.

4. Cheap Food. The food is significantly more expensive in Europe. For two plain lattes in a cafe, I paid 15 Euros which is about $19. If you want to have dinner at La tour Eiffel (Eiffel Tower), it will set you back around 200 euros a person. So for a couple, it will cost about $500. You can go to the grocery store and stock up on food to make at the place you are staying (if it allows for it) but who wants to cook when you are on vacation?

5. Everyone Loving Americans. Most of the people that we met that did speak some English, expressed their frustration with the United States. They also think we work too much and take too little time off. Well, you don’t become the most powerful nation in the world by taking three-hour daily siestas and taking two months off during the year. That does sound like a good idea though.

6. Going Shopping Late In The Day. If you want to go shopping for most anything, you have to do this between 10am and about 5pm. Most stores will close around 6pm. Why? Because why work until 9pm when you can go and chill with your friends in a cafe? I don’t blame the store owners for closing up early.

7. To Sit Around. If you are going to Europe, prepare to walk around a lot. Paris especially was so beautiful and there was so much to see. Because Europe is so beautiful, anything negative quickly goes unnoticed because you are captivated by the beauty. A highlight of our trip was visiting the Château de Versailles. To check out all of our pictures, follow us on Instagram: Bogdan & Vika and check out our official euro hashtag #vbtakeurope.

8. Safe Drivers. Most drivers are super crazy in Europe. But the interesting thing is that I did not see one single accident during the entire time of our trip. I am assuming there is a method to their madness. We chose to be chauffeured by Uber because I have enough stress to deal with when I am in the States.

9. Getting Good Sleep. Because we visited so many countries with each having a different time zone, our sleeping pattern was completely upside down. It was sort of fun being wide awake at 3am in Paris. The one thing we did to combat the jet-lag was the following: On our flight back from Europe, we did not sleep at all on the plane. So when we arrived back in the States, it was evening and that sort of helped put our clock back in the proper order.

10. Clean Air. I finally found out the secret as to why many Europeans, especially in Paris stay so skinny while devouring all those delicious desserts: They smoke all day long while drinking coffee. In almost every cafe and restaurant, I witnessed about 90 percent of the people smoking. So this was a bit of an inconvenience. But again, because Europe is so beautiful, this nuisance quickly gained background space in our mentality.

Despite the many differences, there was one common unifier with the countries that we visited and that of the United States. People everywhere are in search of meaning, purpose and the quest for finding themselves in this world. We visited multiple churches during our visit, albeit very diverse in form. Whether it was Westminster Abbey in Central London, Hillsong London in hipster Picadilly Circus or the many other beautiful churches in Paris, there was this spirit in the air of thirst and desire for a God that is bigger than people but the God who created people.

These are my opinions thus far after coming back from Europe. We chose to selectively visit only a few countries. We did not want to “drink from a fire hydrant,” so to speak by visiting too many countries. We wanted to enjoy and savor each moment and not be super rushed. Visiting Europe was incredible but what is even more incredible is being in your own bed, in your own home, in your own country where you don’t have to struggle to communicate with others using google translate.