Ten Signs You Were Raised By Russian Parents 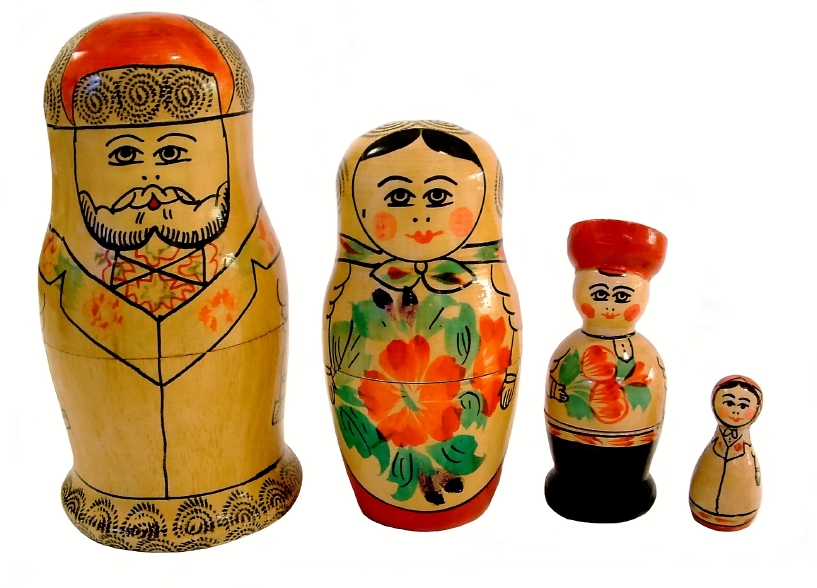 My parents brought me to America from Russia when I was just eight years old. So even though I went through the entire educational system in the United States, I still grew up in a predominantly Russian household. I hope this post will enlighten many of my American friends about some amazing Soviet tendencies that we Russians tend to demonstrate, no matter how long we have lived in America. Also, I am sure I am not the first to write this kind of post – but this is the first post I write like this one which offers a unique perspective, my own. Here are ten signs that you were raised by Russian parents:

1. You Ate Meat Jello Regularly. This decadent dish, pronounced “ho-lo-dets,” was a basic part of your diet. Bill Cosby would have been proud. Imagine regular jello. Now, take out the fruit flavor. Now, put pieces of meat in it. Put it in the fridge. Take it out, cut a slice and put some Russian mustard on top. Bon appetite.

2. Getting Anything Less Than An “A,” In School Was Unacceptable. I was always super jealous of my classmates in elementary school whose parents gave them a trip to Disneyland for straight C’s but all I got was a scolding for my A- that I should have done better.

3. Drinking Multiple Cups Of Tea, Late Into The Night. Anytime was a good time for tea. Lot’s of it. Multiple cups. About ten years ago, I completely Americanized myself and switched to coffee.

4. You Move Out Only When You Get Married. This was a regular occurrence for most people who were raised by Russian parents. In fact, some brave couples even continued to live with their parents, after they got married.

5. Boxes With Chocolate Candy Were Displayed On Top Of Cabinets. This was one of the weirdest things about growing up with Russian parents. I was always like, I want to eat that candy. But, since the box was so pretty, it doubled as decoration. Again, it was reserved to be opened only for special occasions.

6. Fine China Was Used Only When Honored Guests Came Over. There were special cups, spoons and plates reserved only for special guests. During regular meal times, you would not use them at all. Again, this was a bit weird for me as I pretty much did not understand why I could not use this for every meal. The china was made for the person, not the other way around no?

7. Over One Hundred People Would Come To Your House When You Turned Three. The ironic part is that most of the people were adults. I guess Russians want to use any excuse to have a party.

8. If You Are A Female And Not Married By Age Twenty One, You Were Considered An Old Maid. Again, don’t get mad at the messenger here. But this is the cultural truth. I personally don’t think that this is fair or even normal to consider this, but again – these are some culture tendencies that would be experienced by most people who grew up with Russian parents.

9. If It Is A Fruit Or A Vegetable, We Will Can It And Preserve It. No Joke. That is why most Russian households have multiple refrigerators and storage specifically set aside for these delicious delicacies. Just be sure you have the muscle to open that can.

10. It Is Considered Impolite To Come Over To Someones House Without Bringing Something With You. Again, with a western mindset, I personally think this is a bit weird. What if what you bring does not go with whatever the hosts were cooking up that night. Makes for a bit of an awkward situation. If you do want to continue this tantalizing tradition, here is a bit of advice: Bring something that you would not mind getting for yourself.

Question: If you grew up in a household with Russian parents, what else would you add to this list? What questions do you have for people who grew up in a Russian household?