Five Reasons Why Every Christian Must See The New Noah Movie 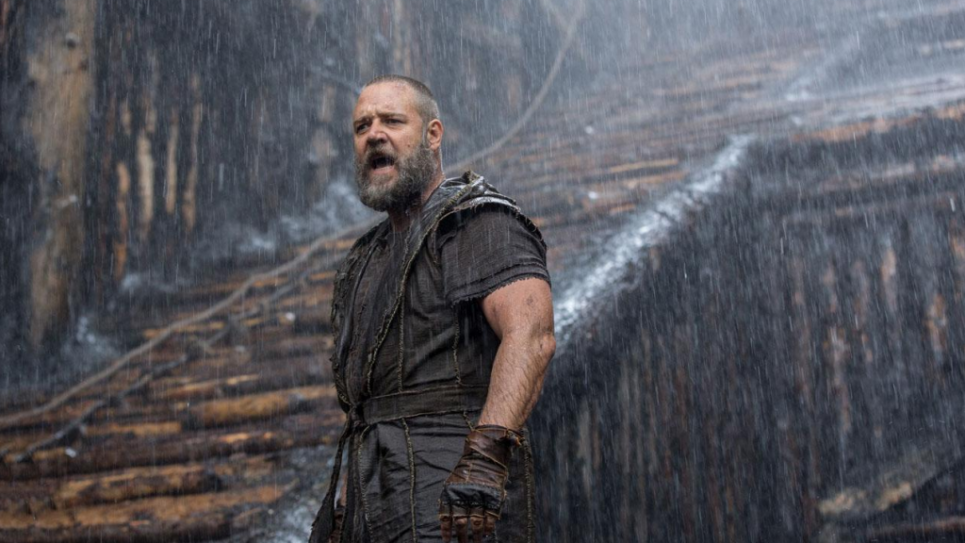 In the last few days, I’ve been flooded with people requesting that I immerse myself in the new Noah film and offer a gospel-drenched opinion. I saw the movie Saturday night and enjoyed it. But before you come at me with a wave of criticism, I want you to consider the following:

I wasn’t going to see Noah with a presupposition that it was going to be an accurate portrayal of a Biblical story. You would be foolish to expect that since the director, Darren Aronofsky is a self-professed atheist. I went to see this movie with the same type of approach I have when I go see other movies:

How can I see this production with a gospel lens, extrapolating from it gospel themes that show human sinfulness and a desperate desire of people to worship God or a god.

Most great movies actually get their original ideas from the Bible, all the while putting on them various twists. But anyone who thinks critically and realizes that movie theaters are actually mega churches preaching a 2-3 hour sermon every weekend, to millions of people, will understand this.

Before I get into the five reasons why every Christian must see the new Noah movie, I want to first point out five things that made me raise an eye-brow while watching this film:

1. The Theory Of Evolution From The Very Beginning. As the movie begins, against a black screen there are these words: “In the beginning, there was nothing.” This is of course the opposite of what we find in Genesis 1:1 where we read: “In the beginning, God…” This is probably because the director is an atheist and wanted to accentuate his view. In addition, there is another part in the movie where this very same un-biblical phrase is said once more.

2. The Amount Of People That Entered The Ark. In the Biblical account of the story, we gather that a total of eight people entered the boat before it set sail for the rough seas (Gen. 7:13). Noah and his sons, Shem and Ham and Japheth, and Noah’s wife and the three wives of Noah’s sons. In the movie, there were a total of seven people who entered the boat (spoiler alert): Noah, Noah’s wife, Noah’s three sons, Shem’s wife Ila and Tubal-Cain, Noah’s nemesis. Now, I know that the number seven is the Biblical number of completion, but I digress.

3. The Watchers. These things reminded me of transformers made out of rocks. I am guessing that the director went to Gen. 6:4 to get this idea and made his own rendition of the Nephilim. In addition, these guys were building the boat along with Noah. Looked super cool but I don’t think it actually went down that way. If you enjoy sci-fi flicks, this is the movie for you to see.

4. There Was Not Much Community Going On. When you see the movie, you will notice that there is not much engagement with the people. No one was relating to one another. When you watch a movie, you almost long for the people to engage with one another because that brings out the humanity within you.

5. Noah Is Shown As A Man With No Compassion. The Bible does say that Noah was a righteous man (Gen. 6:9). But he was a blameless/righteous man during his generation. Which means that if everyone else was horrible, Noah was better – but not by much. Kind of like a back-handed compliment. Righteousness can be defined by what you do for others when you fulfill one of the two greatest commandments of Jesus with a promise. Noah did not do much for anyone, either than his family.

– Noah is the antithesis of Jacob. Jacob wrestles with God (Gen. 32:22-32) while Noah, upon realizing he is getting the ark, capitulates to the mission without a fight.

– Noah is very different from Abraham. When faced with news that Sodom and Gomorrah will be completely destroyed, Abraham intercedes for humans by saying to God: Far be that from you! Shall not the Judge of all the earth do what is just?” (Gen. 18:25). When faced with a similar situation and informed by God that all people will die, Noah says nothing.

– Noah is very similar to Abraham (spoiler alert.) Noah raises his knife to bludgeon to death the twin girls born to Shem’s wife Ila, but at the last moment, reconsiders and decides to let them live. In an almost identical but of course not the same way, Abraham too reaches out his hand and takes a knife to slaughter his son Isaac. But the angel of the Lord intervenes and tells Abraham to sacrifice instead a ram, caught in a thicket by his horns (Gen. 22:10-14)

If you stuck with me for this much, then you are an amazing intellectual who cares about wrestling with the hard truths of Scripture. Good on you. Now, on to the next and final commentary – which I believe is the most revealing and encouraging for me personally, from this movie:

The five vivid ways how I saw the gospel of Jesus in the new Noah movie:

1. Noah Submits To God. Despite the director being an atheist, Noah consistently credits creation to a Creator God Who is real and does exist. If my memory serves me correct, there was one brief moment where the word “God,” was actually used. All other times, Creator was the name used for God most often.

2. Noah Acknowledges Sin. Sin is real and not just a figment of religious people’s imagination. The movie begins with a concept of a strong justice and that the wickedness of man will soon be met with a just judgement. And throughout the course of the entire film, Noah takes judgement and sin very seriously. As should we. Noah acknowledges multiple times in the movie that the problem with people is sin and that the Creator will judge that sin (Rom. 3).

When Noah goes in to the evil city to find wives for his sons, he sees rampant sin and upon seeing his look-alike, realizes that he too is infected with this disease that plagues all human kind.

Noah is grieved that he was not able to find suitable wives for his sons because everyone is evil.

Noah says that his sons are sinful.

Noah tells his wife that she is sinful (brave man 🙂

Noah ultimately admits that he too is a sinner.

3. Noah Deals With Repentance (Matt. 3:2). We see repentance being demonstrated by Noah’s son Ham. At first, he was manipulated by Tubal-Cain into thinking that he needs to take vengeance for the sake of Ila and Shem’s offspring, as well as Na’el who was supposed to become Ham’s wife. Instead of murdering his father Noah as prescribed by the villain Tubal-Cain, Ham stabs and kills Tubal-Cain in the ribcage, thereby killing him.

5. Noah Demonstrates Mercy. The movie ends with a scene of the family, save for Ham, when Noah blesses them as the beginning of a new human race. The family watches in amazement as a rainbow is formed in the sky, symbolizing the Creator’s promise to never destroy mankind with a flood again. So the movie ends with an idea of mercy. An idea that is woven into the fabric of Scripture from beginning to beginning. God is a God of judgment and justice. But God, is also a God of grace and mercy. And it is available to all of those who repent of their sin and turn towards the Lord Jesus.

So, how do we as Christians use this opportunity to have great conversations with other fellow people with wisdom, grace and seasoned with salt? (Col. 4:2-6)

1. We are in fact sinful human beings but there is hope in Jesus who takes away our sin.

2. Our sin might be deep, but Jesus’ love is deeper still.

3. We deserve justice, judgement and death but upon submitting to Jesus, we receive mercy and grace.

4. The only way to escape physical and spiritual death is by way of an instrument of salvation. In the same way Noah’s ark served that purpose, the Cross of Christ too serves a purpose – atoning for our sin and bridging the gap between man without God and the God who became Man.

This movie will for sure pull at the moral implication strings that are deep within the soul of every person.

Take opportunity to engage in and display sweet gospel truths of our Savior Jesus and use this movie as a vehicle to do so.

Question: Did you watch the movie Noah? What did you like about it? If you decided not to watch it, what was your reason? Jump into the comments and share your opinion.