Should Christians Listen To Secular Music? 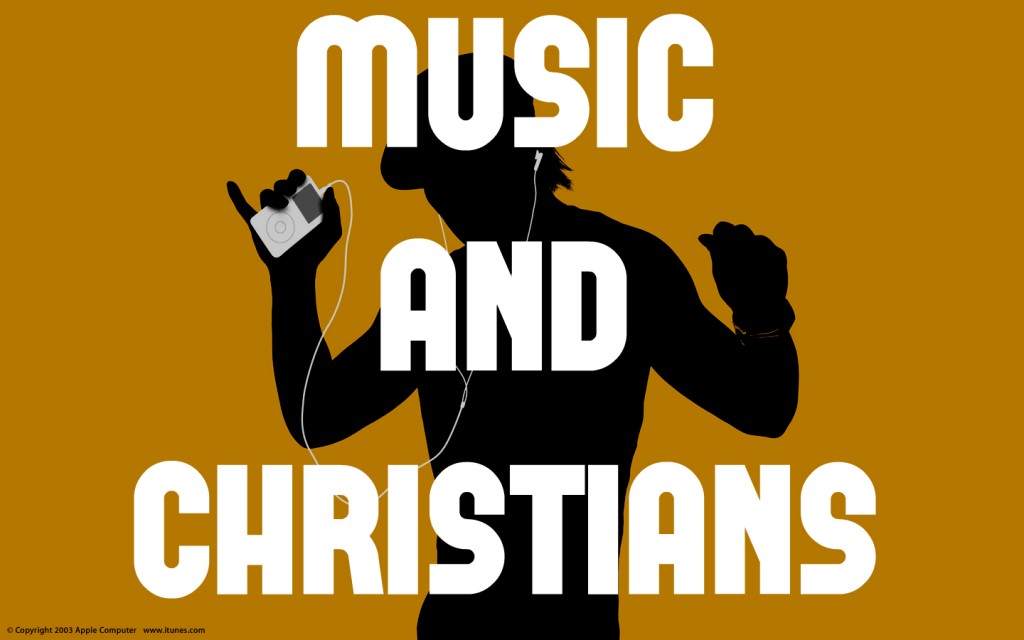 Should Christians listen to secular music? This is probably one of the most controversial questions that exists among Christians. But it shouldn’t be. The right way to approach this question is Biblically, not culturally or even personally. The question is not about if you can listen to secular music but rather what should guide and direct your consumption of any type of music. So, can a follower of Jesus listen to music that is distinctly secular?

What is the purpose of music? Was music designed exclusively for worship, or can it be consumed for entertainment? Is it ok to listen to certain music to alter your mood?

The greatest man that ever lived after Jesus Christ, the Apostle Paul, encourages Christians to inspire one another to love and good works through music (Eph. 5:19).

So even though the Bible uses music primarily for worship, this is not all that music is used for in the Bible.

When it comes to consuming music, there are three types of people and the way in which they approach this subject:

Missionaries. This group listens to both distinctly Christian and overtly non-Christian music. They receive music which has a good message or substance. They reject that music which brings absolutely no value to a follower of Jesus (profanity, references to sex, drugs and alcohol use, just to name a few items that fall under the “reject,” category).

Secularists. This group, although they claim that Jesus is their Lord, often deny this fact with their poor choice of music consumption. If you were to look at a playlist on their iPod or iPhone, you would be hard pressed to find something that is worthy of redemption. For this group, listening to distinctly Christian music is the rare exception, not the norm.

I want to break down the contemporary music industry into four major streams:

1. Theologically Robust. This stream is theologically sound and provides rich, gospel-centered lyrics. It includes old hymns that are freshly rearranged. Here are examples of bands and musical collectives that fall under this stream:

2. Culturally Popular. You can hear artists from this stream played on most major Christian Radio Stations. The lyrics are not as theologically robust as stream one. This stream is much more recognized than the first, and is usually heard at most large churches in the United States. Here are examples of bands and musical collectives that fall under this stream:

3. Quasi Spiritual. This stream includes bands and artists that have subtle religious undertones. Although they don’t distinctly market themselves as Christian, they are very popular among Christians. One band in particular I am going to include in this stream is Mumford & Sons. Just about every other person I talk to who is a Christian, is raving about this group.

It is interesting to note that in a recent interview, frontman Marcus Mumford told Rolling Stones magazine that he wouldn’t call himself a Christian. He says: “I think the word just conjures up all these religious images that I don’t really like. I have my personal views about the person of Jesus and who he was,” he told the magazine. “I’ve kind of separated myself from the culture of Christianity.”

Mumford has also denied that his band’s latest release, “Babel,” was a statement about Christianity. In October 2012, he told Big Issue that the band is more about ‘faith‘ than about ‘religion.’

Here are examples of bands and musical collectives that fall under this stream:

4. Distinctly Secular. This stream is distinctly secular. Here are some bands and artists which are popular right now. Even though many of these artists have lyrics with significant religious themes (Kanye West’s No Church In The Wild and Lana Del Rey’s Body Electric, just to name a couple, they are not spiritual, but distinctly secular). Again, this is not an exhaustive list, but just to give you an idea of the type of music that makes up this stream.

Can a Christian listen to music from stream three or four and become weak in their faith? Maybe. But the same risk is present with stream one or two if the heart is not in the right place.

Ultimately, it is not the music that saves a person but Jesus.

Can a person remain distinctly Christ-like while feeding on a steady diet of Kanye and Rihanna? Maybe. But I doubt it. The steady current of themes which stand in stark contrast to the gospel from these artists will inevitably make their mark upon the individual.

When choosing to listen to any type of music, we do well to read Philippians 4:8 and use it as our guide when we are browsing iTunes.

Seek out these things and consume them voraciously.

Are there secular songs that include the above items mentioned by Paul? Absolutely!

There are many secular songs that promote honesty, integrity, purity and fidelity without mentioning God. This is where we become missiologists by redeeming the music we listen to.

Is it a sin to listen to secular music?

I think the better question to ask is:

What does the music you listen to motivate you to do?

Does the music you consume do the following:

Here is the bottom line:

Whatever a person allows to fill his mind – this will ultimately fuel his life.

This will spill over to the choices you make, the words you use, the actions you demonstrate and the passions that you are gripped by.

As Christians, we are called to establish wholesome thought patterns by the renewing of our mind. Every thought we have must be captivated by Christ (2 Cor. 10:5).

Can secular music perpetuate this principle in your life? Maybe. But the Bible does say that bad company corrupts good morals. This includes the corrupting nature of certain music that will bear negatively upon our morals and virtues. Music can actually be quite dangerous. Check out this post written by my friend Yuriy on the dangers of music.

Here is a simple principle to live by:

It is not so much about the music that you consume but rather if the music you listen to, begins to consume you – for the better or worse.

When the pursuit of holiness becomes a daily practice, you will no longer be faced with tough decisions of whether to listen to this artist or that artist. The choice will be simple. The music that adversely affects me will be eliminated from my playlist. The music that helps and heals will be the choice for me.

Question: What other music streams would you add? What principle do you personally use to filter the music that you listen to? How much does music affect your state of being?