Is God Absent When Evil Is Present? 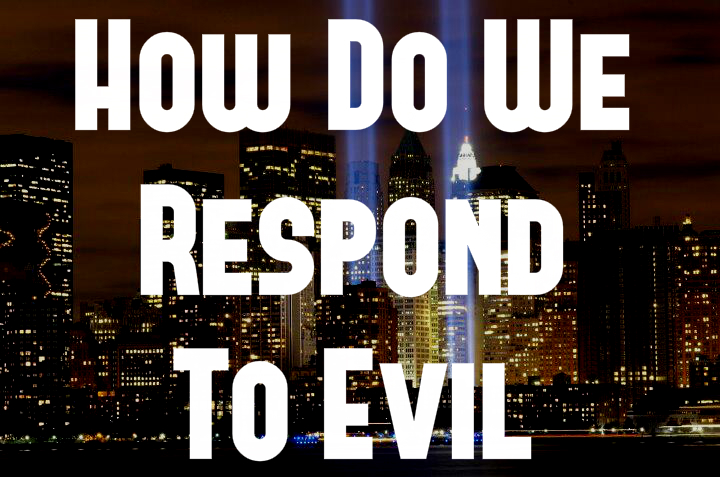 In the wake of what happened in Boston this past Monday, our culture in general and people in specific, are again faced with the evident existence of evil. Immediately there are two streams of thoughts that emerge when any catastrophe occurs:

The first stream begins to immediately question why God would allow such an atrocity to occur.

The second stream soberly accepts the sovereignty of God, even amidst a fatal attack that befalls upon innocent people.

So how do we respond to questions such as:

These are great questions, but not without good answers.

The worldview that you and I subscribe to determines the filter that is immediately put on our proverbial eyes. As followers of Jesus, we are called to look at everything through the lens of Scripture. Not culture. Not popular commentary. Not mass media. Not the changing tides of politics but rather through the unchanging and timeless Word of God.

Why Does God Allow Evil?

The Bible speaks of God as holy (Isa. 6:3), righteous (Ps. 7:11), just (Deut. 32:4), and sovereign (Daniel 4:17-25). These texts tell us that God is capable of preventing evil and that God does desire to rid the world of evil. But then why does God allow evil to happen? If God is all-knowing and all-powerful, why then does He allow evil and suffering to be a trademark of this planet?

Why Does God Not Restrain All Evil?

Here is what God could have done, but chose not to do:

He could have changed our personality so that we could never commit any evil. But that would mean that we would have no free will.

We then would not have a relationship with Him but rather be robots, created by Him.

There would then be absolutely no relationship with us and God – because we would not have been created in His image – which we are.

Can We Choose To Do Good Or Evil?

Why then does God not intervene, so that an evil act would not happen?

Why then does He not stop all of the above situations? Why did He not stop this situation or that situation. You can fill in the blank from your personal experience.

Here is the problem with this super attractive solution of having God simply stop all these horrible things from happening:

We want God to stop terrorists from attacking an innocent country but do not care so much about the indoctrination that happens which breeds new terrorists.

We want God to stop a drunk driver but are not so much interested in cultivating  a culture where alcohol and the abuse of it is not displayed as something that is attractive and sexy, instead of being repulsive, when used in excess, and potentially deadly.

We want God to make everyone perfect employees except the time when you think it is ok for you to cheat or steal because you find a justification for your action.

We want God to prevent parents from harming their children but are ok with living in a culture where traditional family values are being replaced with modern family values, in all actuality aborting the entire process of how to create a family.

We want God to stop thieves from robbing a bank but willing to let “lesser-evil” actions which are still considered theft to slide – because no one will notice – or that organization or company – is already wealthy – so it is not a big deal. By doing this, we are missing the point that those actions which we deemed as “lesser-evil,” are actually what spawns “greater-evil,” actions.

Why Does God Not Remove All Bad People From This Planet?

We can also say that God should just remove from this earth all the “bad,” people that do the things mentioned above — and just leave the “good” people.

The problem with that is that there was only One who was good and He volunteered to die on a cross for you and for I. If we were to remove all the bad people from this earth, there would be one one left (Rom. 3:23; 1 Jn. 1:8) – if it were not for the One who does not want to leave us.

God created a real world, with real people and real consequences to the actions that people, not God – choose to do.

Is God even concerned about the evil that happens in this world?

Absolutely! There will come a day when God will judge all the evil and sin that has been committed by people in this world. The reason He has not yet done so is because He is full of mercy. He is a patient God (2 Pet. 3:9). He wants as many people as possible to come to a repentance and to believe in His Son Jesus – so that they too can be saved from the wrath that is to come.

God is not an absent God. He continues to judge nations and people groups who commit evil acts. God also demands that the government provide as much peace as possible for people to properly conduct their lives (Rom. 13).

If you suffered unjustly or have experienced evil or cruelty done to you – remember that God knows that and the vengeance is His to execute, not yours.

God desires that all would worship and obey Him perpetually.

This is the best thing for us because our Creator knows what is optimal for us. Instead, you and I often choose to do things that are evil, sinful and absolutely detestable in the sight of God.

The problem is not with God, but with us.

Jesus came to change the hearts of people. Jesus wants all people to come to Him and worship Him. Jesus wants us to turn away from our evil deeds and sins and to trust that His sacrifice was sufficient to cover all of our iniquities (2 Cor. 5:17).

So how do you respond to evil in this world?

The wrong question to ask:

Why did God allow evil to happen in this world?

The right statement to make:

In His mercy and grace, God has given us the ability to choose between good and evil. When we consciously choose to do evil, He allows us and those around us to suffer the collateral damage that comes from a world tainted with sin.

But there is hope:

Rather than blaming God for the existence of evil in this world, we should instead proclaim how great the goodness of God is that is displayed in this world.

Everything that happens in this world is under the direct supervision of God.

Even though some acts or events are evil in our sight – this is not to say that God cannot use those events to glorify Himself and bring more people into His kingdom for His glory and because of His mercy.