Why Christians Need To Calm Down About The Duck Dynasty Debacle 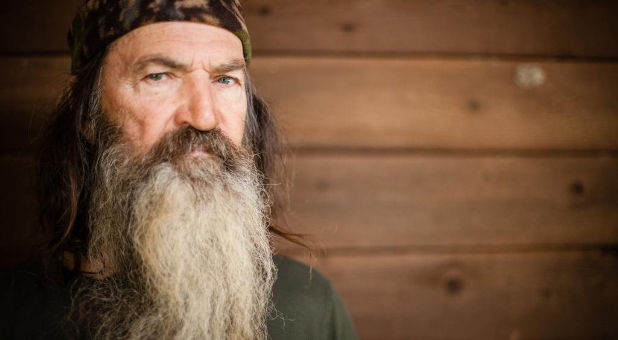 All of Western Christendom is experiencing a social media storm regarding the firing of Phil Robertson, patriarch of A&E’s “Duck Dynasty” because of comments he made during an interview with GQ. He made comments that were obviously contrary to what our culture deems tolerant. He said that homosexuality is a sin and that logically, a man should only have intimate relations with another woman. I know, this is incredibly shocking statements coming from someone who professes Jesus as their Savior and believes that the Bible is the Word of God. But amidst all the noise about why Christians are being persecuted, that we have no freedom of speech and that we are being attacked, here is why I think Christians need to take a deep breath for duck’s sake and calm down.

1. Persecution vs. Publicity. Persecution based on what the Apostles experienced included crucifixion, being murdered, stoned, scourged etc. For some reason, the church is not up in arms every day about the serious persecution going on in different countries, daily. It does not matter much because it is not happening to stars of national reality tv shows that we love to watch. I did not notice any Christians making a big deal about five hundred people who were killed in Sudan recently. But it did happen and persecution is real. There are homeless people in almost every single major affluent area in the United States but there is no outrage about that because those homeless people do not yet have their own reality show on a major network.

2. Censorship Is Impossible. Given the massive popularity this show has and the monumental marketing that is attached to the show, it will be impossible to not notice this brand or be exposed to it at major retailers in the United States.

In fact, the firing of Phil actually brings a gigantic magnifying glass on a brand and a show that has already seen historic success. If anything, they will sell more products, get more books deals, get more shows, get more money and get more publicity.

In addition, the gospel of Jesus will be more vividly displayed and more and more people in a post-Christian America will realize that Jesus is not just A way, but that Jesus is THE way.

3. First World Problems. What do people in other parts of the world think of when they look at the United States. People are having issues with finding clean water to drink, food for their family and shelter – all the while we are engaged in an outrage that an entertainment reality tv show star was fired.

4. Reality Shows Are Entertainment. Here is the real reality. Duck Dynasty is a reality show. It has an exclusive focus for why it exists: to entertain people. Yes, they pray as a family together and that is awesome. Yes, they proclaim Jesus as the only way to get to God and to heaven. Amen to that.

But this is a show about affluent, outspoken duck hunters who trick animals. I mean isn’t that what the show is about?

5. The Double Standard. So many Christians are outraged that this network fired the star that most likely brought them multiple revenue streams. But here are my questions for Christians:

How many churches would allow this family or even Phil to come speak at their venue?

Would you allow Phil to lead a Sunday School class at your church?

Do you mind that they use language that is not necessarily Sunday School flannel graph safe?

Would your church allow Phil to be a leader of a ministry?

If we answer no to any of these questions, then why are we so upset about a secular network, firing a Christian reality show star for saying what the Bible has said, historically?

Dear Christian, listen to the most important thing that needs to happen during this debacle:

We need to image Jesus to the watching world. We need to respond to others with love, grace, humility and respect. We can’t just come out, guns blazing and blaming the secular media for yet another attack on Christians. I mean if we are really honest about it – how much better is secular media than Christian media? We have huge powerhouse blogs and mass Christian media trying to bring pastors down with all sorts of accusations. Just as much as we love to see leaders and pastors succeed, we love when they fall from grace, based on our limited understanding of the situation.

I wrote before about how the church needs to respond to homosexuality, here. I still stand by that opinion.

So today in the spirit of Christmas, embody the Jesus of the Bible in the area of influence that God has placed you. And whatever you do, make sure Jesus is being glorified.

Question: What would you add to this conversation?